Feeling Stuck? EFT Tapping Can Help You Get Unstuck

Feeling Stuck? EFT Tapping Can Help You Get Unstuck

There was a flock of turkeys in our yard eating grass by the fence. If you ever have watched wild turkeys you know that they tend to stick together and all move at the same time. After a little bit, all of the turkeys had walked to the upper part of the lawn except one. This lone turkey was distracted and didn’t realize his mates had departed. He then started to panic as he went back and forth, back and forth against the fence. It was as if he was looking for the rest of his tribe and didn’t know where they were. He was stuck in this pattern. He could certainly fly over the fence; but in his panic, all he could do was pace back and forth.

Watching this turkey made me think how sometimes we get stuck in life and can’t move forward. We resist change and end up repeating the same patterns over and over. Even if these patterns are no longer serving us, we don’t know how to break the cycle. It’s as if our brains are locked in a loop and can’t get out.

There are many ways we can feel stuck in life. See if you relate to any of these situations: You are angry at a family member over a disagreement and haven’t spoken to that person in years. You have been downsized or fired and you want to blame someone for your financial situation. You own a business, yet can’t bring yourself to charge what you are worth.  Maybe you have a broken heart from a relationship that went bad and now you can’t move past the resentment you feel towards your ex and his life with his new partner. You are in sales and fill your day with everything except making those cold calls.  A co-worker received a promotion you were vying for and you can’t stop the petty jealousy you feel every time you work with this individual. Or, you feel guilty for something you did years ago yet resist forgiving yourself for your mistakes.

Feeling stuck can create destructive beliefs about ourselves that we assume are true. These beliefs limit what we believe is possible for us. When you think of the area in your life where you feel stuck, what beliefs did you create about yourself from that experience? For example, the person who is carrying resentment towards an ex-partner may believe she will never find a fulfilling, loving relationship for herself. The individual who can’t make the sales calls may be afraid of failure even though he really wants to do better and improve his commissions.  The person who remains angry at a family member for years might believe it’s more important for her to be right than to give in.

Feeling stuck can get in the way of creating what you really want in your life.  When we are stuck, we tend to cling to what we know and avoid change. We keep ourselves stuck because it feels safe. Maybe you have spent time trying to figure out what went wrong; or maybe you want to heal from your mistakes yet are unable to move out of your comfort zone. Unless you clear the stuck energy, you will never be able to grow or change. You will keep repeating the same patterns over and over.

People get stuck in old patterns because of fear.  Often there are emotional barriers to taking action. We are afraid of being hurt or disappointed again. We are afraid of change. We have a fear of failure or a fear of the unknown.  We listen to our inner dialogue that replays those fears or limiting beliefs and it prevents us from moving forward. It’s easy to hide behind these excuses and stay where we are.

What would happen if you could release the fears that are keeping you stuck? How would it feel to move past those old hurts, resentments and disappointments? How would your life be different if you could let that old stuff go?

You don’t have to stay stuck forever. EFT tapping is a tool you can use to manage the emotional difficulties and shift your perspective.  The EFT will help you address the underlying issue or issues that are keeping you stuck in the first place. The tapping can release the resistance you are feeling that is impacting your inability to move on.  When you neutralize the unresolved emotions and release the stuck energy, your life will begin to change.

Ready to get unstuck? Maybe it’s time to give EFT tapping a try.

To learn more how EFT Tapping can work for you, contact Juanita at  image3@nycap.rr.com to schedule your free 20 minute strategy session.

EFT Tapping can Help You Deal with Annoying Co-workers 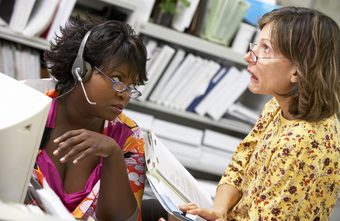 EFT Tapping can Help You Deal with Annoying Co-workers

Does a colleague push your buttons but you don’t know why? Is there a co-worker or boss that really annoys you but you don’t have a clue where it is coming from? Have you ever had an instant dislike to someone who reminded you of someone from the past?

We’ve all had it happen. We interact with someone and have a strong negative feeling towards that individual. Maybe this person irritates you; maybe this person is difficult to get along with; or maybe you just don’t like this person at all. You think about something they have said or done and can’t stop thinking about it. You might have specific reasons for your dislike and you list them all in your head.  For example you might be telling yourself: he or she is selfish, is not a team player, takes credit for your ideas, always talks about him or herself, goes behind your back, is a bully, is sneaky, has a tendency to one-up you or is a know-it-all. The list could go on and on.

This is what happened for my client, Grace. (Her name has been changed and she gave me permission to share her story.) Grace came to me because she couldn’t understand why she is not able to consistently stick with an exercise program. She would go to the gym for two days then not go for two weeks. She said she just can’t motivate herself to want to do it. She thought working with a fitness trainer would help. But, she fired the last 3 trainers she hired and doesn’t know why.

I asked Grace if this current situation reminded her of something or if there was a time in the past when she hated to exercise. When Grace was 18 years old she enlisted for officer training in the Vietnam War. At boot camp she despised taking orders to exercise from the Sergeant. She hated being told to get in the mud; she hated having to get sweaty, smelly and dirty.  Yet, she had to do it for it was part of her military training.

We started to tap on this memory. We hit some raw emotions and the tears began to flow. These painful memories had been repressed for over 45 years. The emotions a young female solider was never given permission to feel now came to the surface.

We tapped on all the nasty verbal comments or obscenities the sergeant had shouted at the young cadets. Some of the verbal attacks included: Hurry up you worthless piece of shit, if you don’t do this I will go to your house and hurt your mother, your mother can do this better than you or go faster, there is a bullet coming at your head.

The EFT tapping was a powerful tool to use in this situation. The tapping did not change the Sergeant’s behavior, of course, but changed her response to his behavior.  At the end of the session we were able to reduce the emotional intensity Grace was feeling. She said she felt much lighter. She made the comment, “I can see now why I fired 3 trainers. I don’t want someone telling me how to do squats or how long to train. No one is going to make me get stinky, sweaty and dirty. This helps me understand why I don’t want to exercise.” This was an amazing cognitive shift for Grace. A few weeks later, Grace told me that she found a new way to exercise that is enjoyable for her. She does it regularly and is even considering hiring another fitness trainer.

This story illustrates how the people we tend to dislike remind us about someone from our past.  There is an unresolved issue from the past that is being triggered by the person’s words, actions or behaviors. Obviously Grace’s trainers did not call her names, scream out obscenities or demean her in any way.  Yet in her brain’s mind, Grace reacted as if they had.

The next time you deal with a difficult person, ask yourself, who does he or she remind me of?  You might be surprised at the answer you get.

To learn how EFT tapping can work for you, set up your free 20 minute consultation. Contact Juanita.