Stop Overeating the Foods You Love

Are you discouraged with your annoying eating habits?

Do you feel like a failure because you have issues with food cravings you can’t control?

Are you frustrated that there are certain foods you tend to always overeat?

Maybe you have tried everything to stop your annoying food habits. You tried dieting, went on a strict food plan and did all the right things… yet nothing changed. If you are struggling to create the body you want or the eating habits you desire, there are probably some unresolved emotions, unconscious sabotage or negative programming that is impacting your ability to eliminate those annoying food habits.

Does This Sound Familiar? 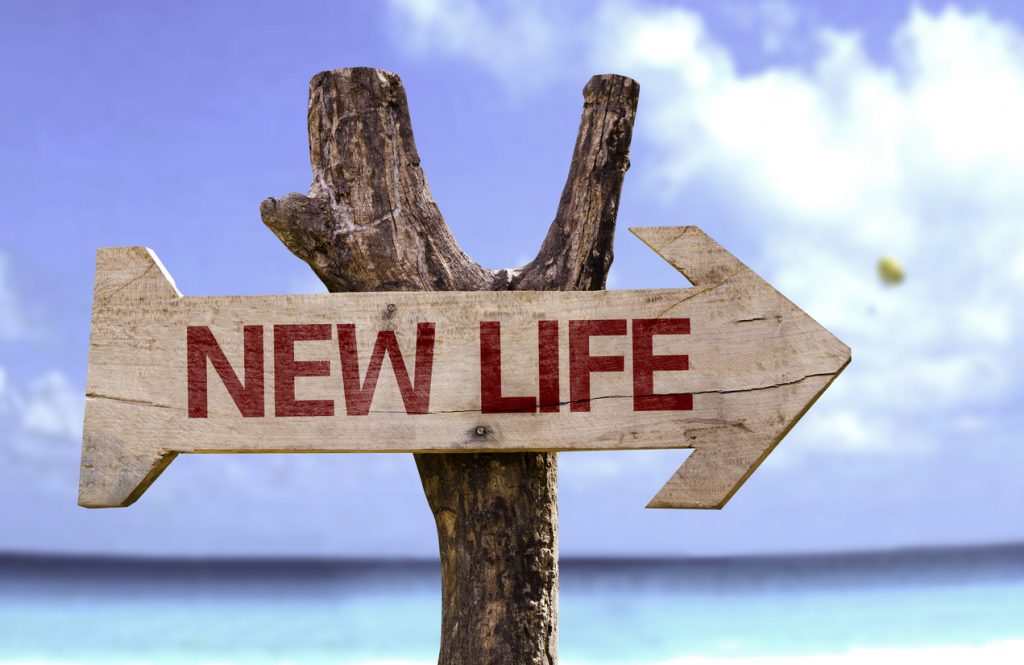 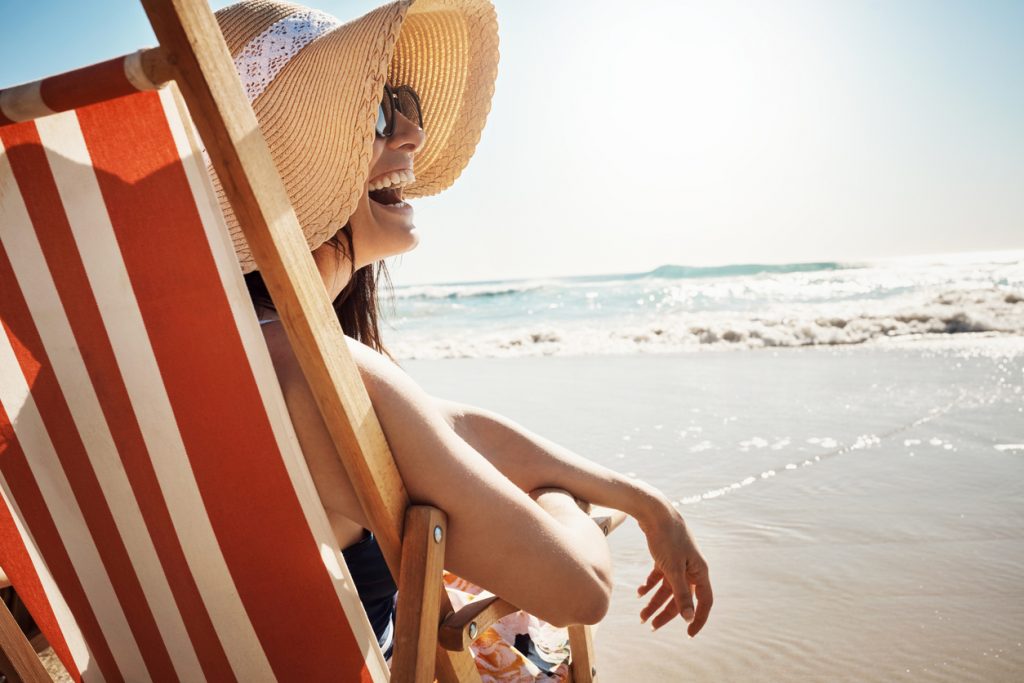 Ready to End the Struggle with Food?

If you answered yes to anything on the above list, the Emotion Code is for you.

If you could stop the tendency to overeat a certain food without needing a bunch of willpower, would you be interested?  If you could eliminate food cravings without having withdrawal symptoms, would that excite you? If you could shed your pattern of saying to yourself, I won’t do that next time, but then nothing changes, would that appeal to you? The good news is this 2–week program is designed to give you quick results without the struggles you have experienced in the past.

There are no strict diets or extreme exercise plans to follow and no determined willpower needed. Who doesn’t want that? Using the Emotion Code, Juanita Ecker will help you release the negative emotions that are triggering the cravings or the pattern of overeating a food you love. You will also release the emotional baggage or the old programming that is sabotaging your efforts and blocking your success. 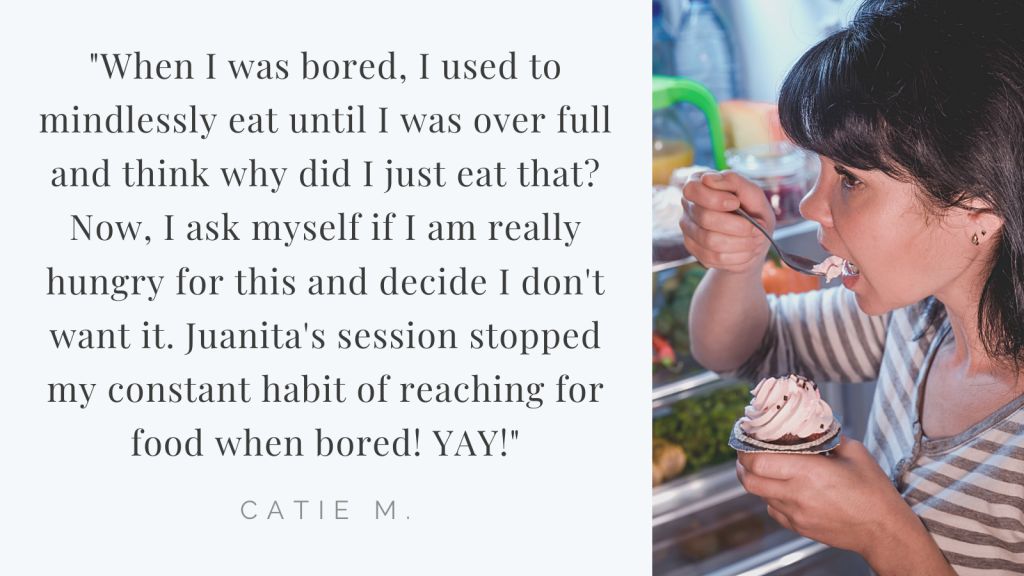 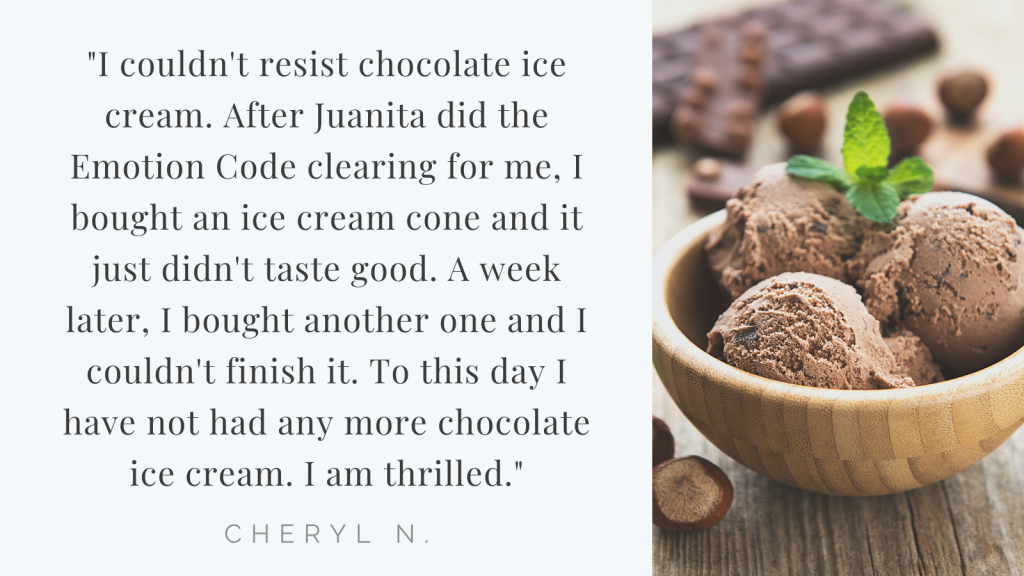 One client could make an entire meal out of chips and salsa. Every time she went to a Mexican restaurant, she couldn’t stop herself. We cleared the triggers that were causing her to overeat the chips and salsa. After that session, she shared with me that she recently went to a Mexican restaurant and only had 3 chips. She told me she was satisfied with that and could focus on the meal instead. She was thrilled.

Another client loves Indian food. Every time she went, she would continue to eat even when she felt full. She would say to herself, “I’ll just have one more bite, just one more…” She continued that pattern until she felt stuffed and uncomfortable. Later she would tell herself, “I’m not going to do that any more.” Yet, the next time they went to the Indian restaurant, the pattern continued. Her willpower wasn’t enough to overcome this bad habit. After working with her, she can now go to an Indian restaurant, enjoy the food, and put down her fork when she feels satisfied. 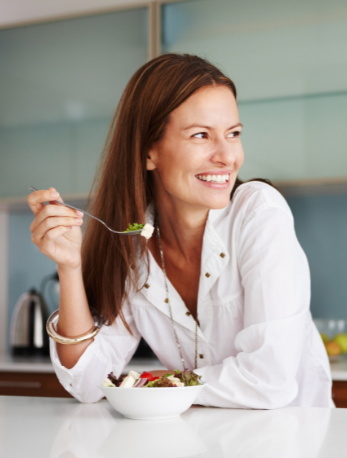 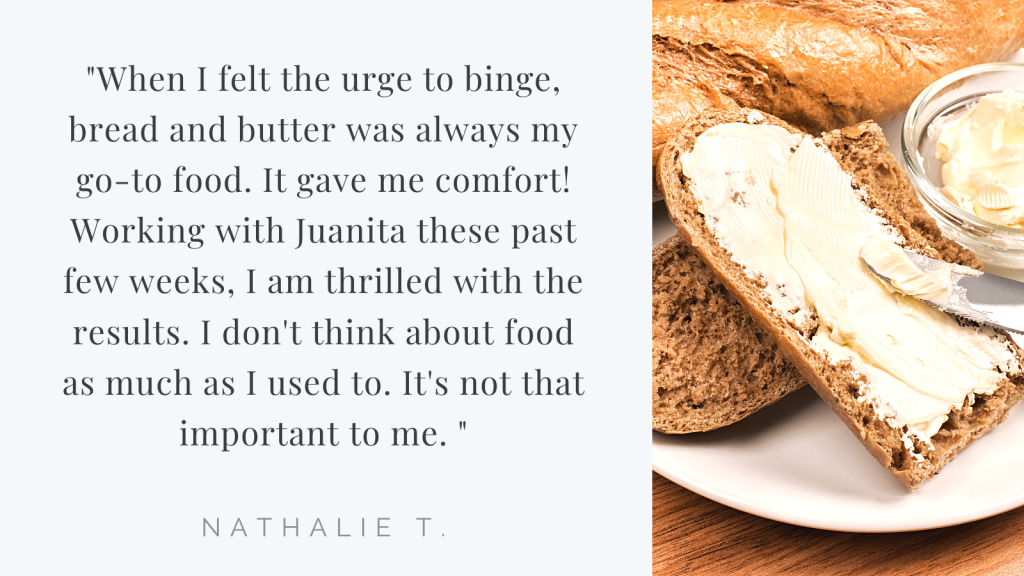 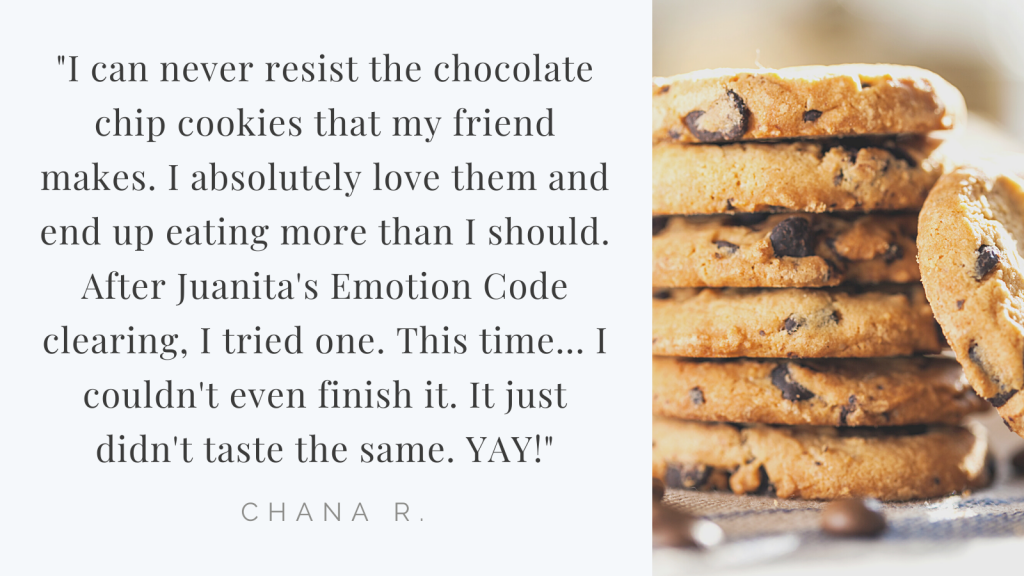 In This 2-Week Program You Will: 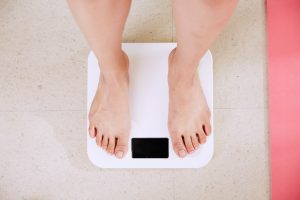 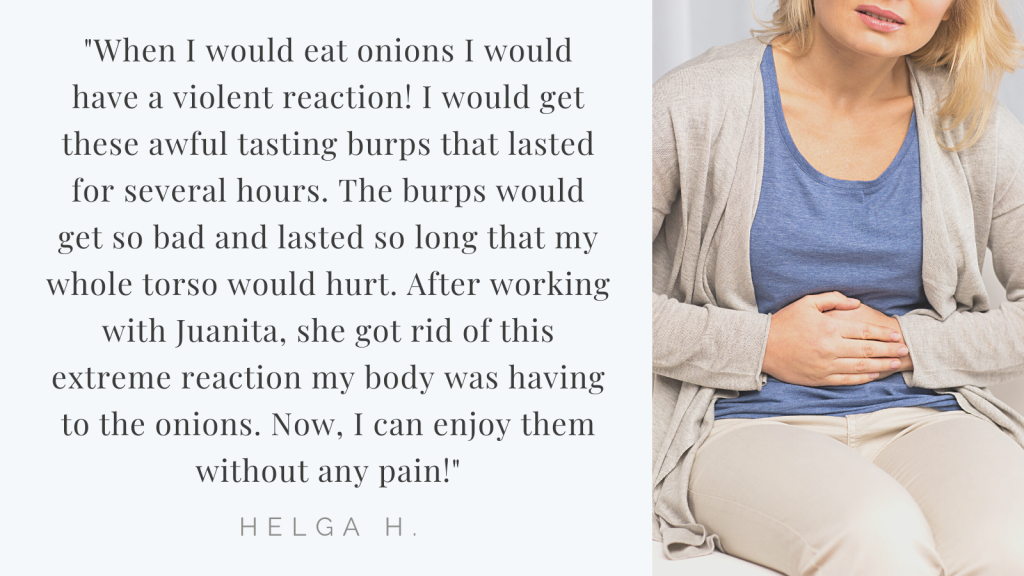 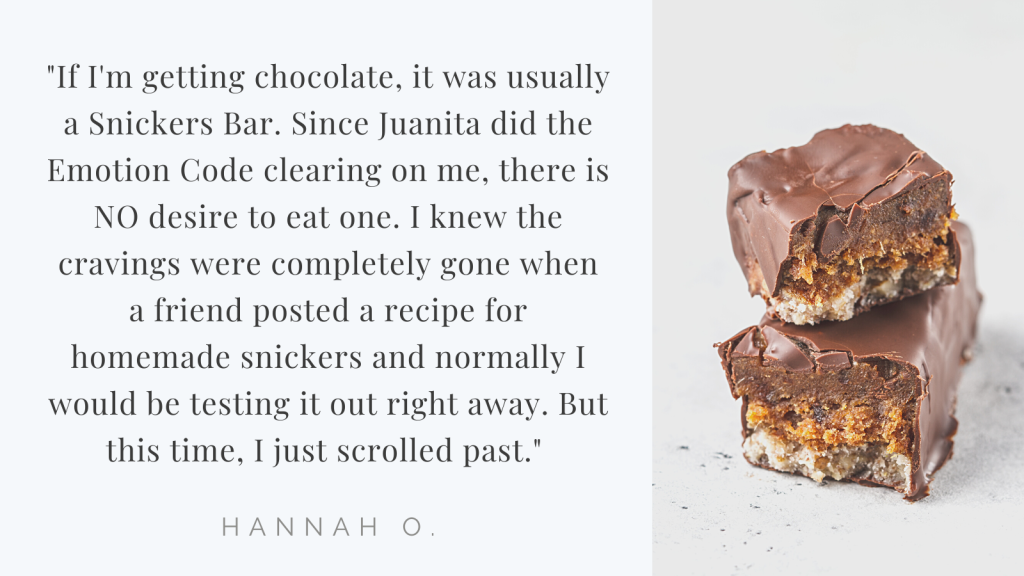 “I constantly craved chocolate and wanted to give it up. When Juanita did the Emotion Code to eliminate chocolate from my life, I wasn’t sure it would work. After the clearing, I tasted a piece of chocolate, it didn’t taste good at all. Wow! This is amazing.“

“I had this pattern of getting right up before falling asleep and raiding the fridge. After the Emotion Code clearing, there was no negative feeling prompting me to get up and eat. I fell right to sleep. The bonus was I woke up feeling refreshed. This is going to enhance my life on so many levels.  I’m beyond grateful. Juanita is truly a gifted healer!“

If you want to have success stories like this… 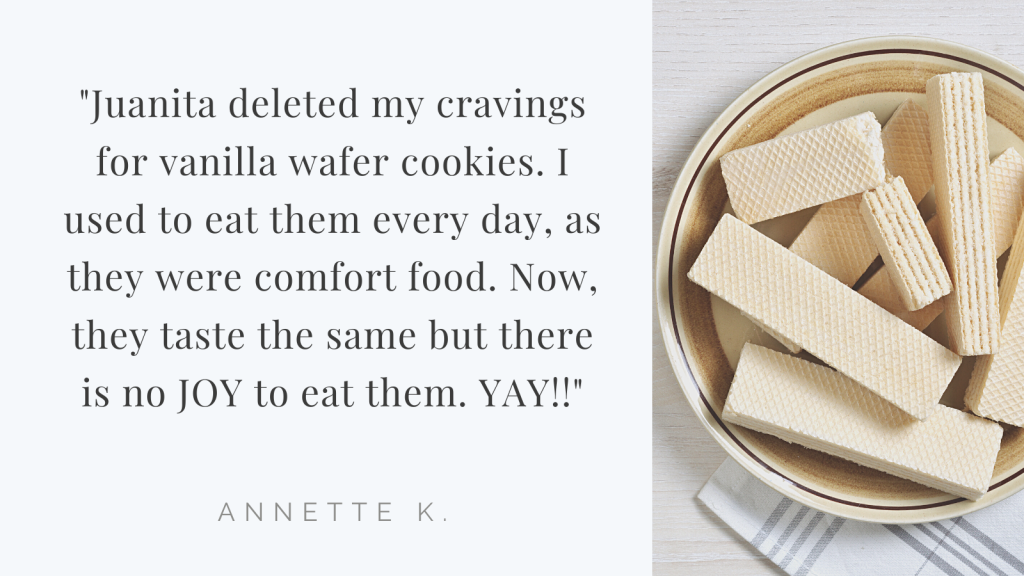 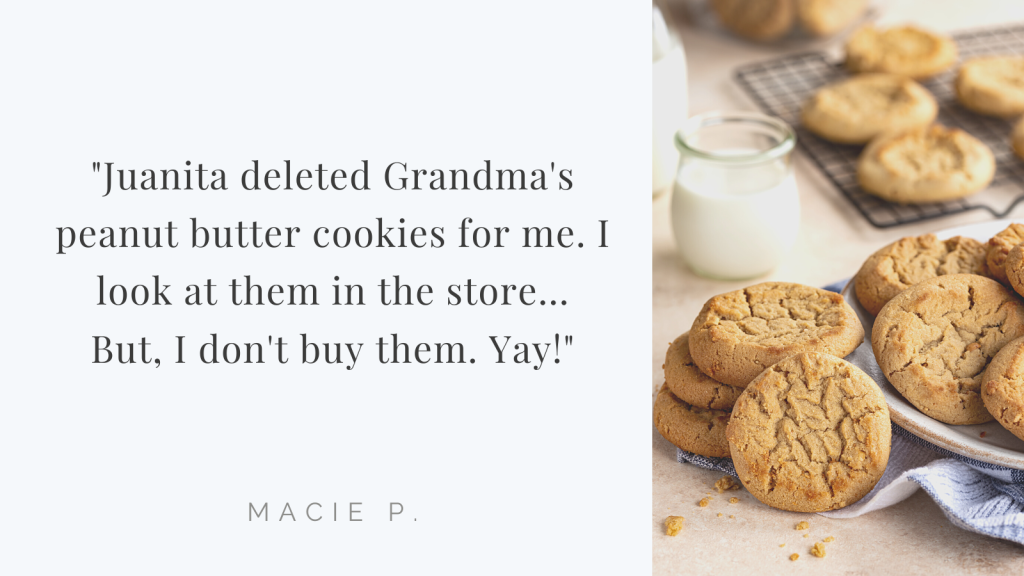 Take your first step below!

We will pick a time that works with your schedule.

If you are outside of the U.S., see The Time Zone Converter. 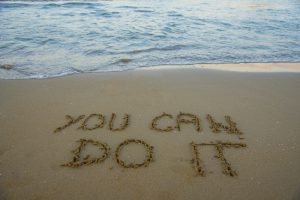 Change Your Relationship with Food